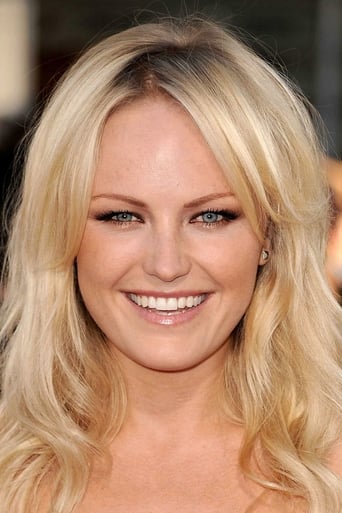 Malin Maria Åkerman (born May 12, 1978) is a Swedish–Canadian actress and model born in Stockholm, Sweden. She moved to Canada at the age of two and as a child appeared in several television commercials before going on to win a modeling contract at age sixteen. Åkerman's subsequent acting career began with her debut on the Canadian television series Earth: Final Conflict in 1997, followed by many small television and film parts, including The Utopian Society (2003) and Harold & Kumar Go to White Castle (2004). Åkerman gained her first starring role as Lila in The Heartbreak Kid (2007), opposite Ben Stiller and the following year played a supporting role in the romantic comedy 27 Dresses (2008) with Katherine Heigl. In 2009, Åkerman got her big break when cast as Silk Spectre II in the superhero film Watchmen, for which she received a Saturn Award nomination for Best Supporting Actress. Other notable films include The Proposal, Couples Retreat, and The Bang Bang Club. Description above from the Wikipedia article Malin Åkerman, licensed under CC-BY-SA, full list of contributors on Wikipedia.

Hollywood
Drama ,Action, Thriller,
93
min
Catch.44
The lives of three female assassins take a sudden turn when their charming boss lures them into one last job. They soon find themselves thrust into a ...More.
Trailer Watch Now

Hollywood
Comedy ,Romance,
116
min
The Heartbreak Kid
Eddie, the 40-year-old confirmed bachelor finally says "I do" to the beautiful and sexy Lila. But during their honeymoon in Mexico, the woman of his d...More.
Trailer Watch Now